Our historyMission, vision and values

French scientist André Emile Barbier started, in 1935, the researches for the invention of the SOLAVITE catalyzer.

The French researcher and inventor developed the physical catalysis process based on investigations of catalytic phenomena, of which Swedish chemist Berzelius had been a precursor, and on the nineteenth century electromagnetism theories elaborated by Danish scientist Hans Christian Ørsted, English scientist Michael Faraday and the US scientist Joseph Henry.

In 1966, Brazilian Luiz Menezes joined the physicist André Emile Barbier in order to continue the researches on the SOLAVITE Catalyzer. In 1971, Luiz Menezes purchased the industrial secret of SOLAVITE from Dr. Barbier and started its industrial production in Brazil, developing applications of SOLAVITE in industrial systems, combustion engines, oil and oil by-products, as well as an aid in health treatments.

1950 – André Barbier initiates researches for the development of catalytic treatment for combustion engines under the names of SOLACELL and SOLATONE. 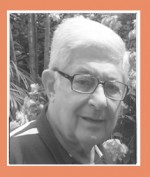 Degree in Philosophy from São Bento Seminary in Olinda, PE

Degree in Law from the Federal University of Recife, PE

1971- Signs a contract with Dr. André Emile Barbier to manufacture the SOLAVITE catalyzers for water treatment in Brazil.

1971- June – Inauguration of the first SOLAVITE Catalyzer plant in Brazil.